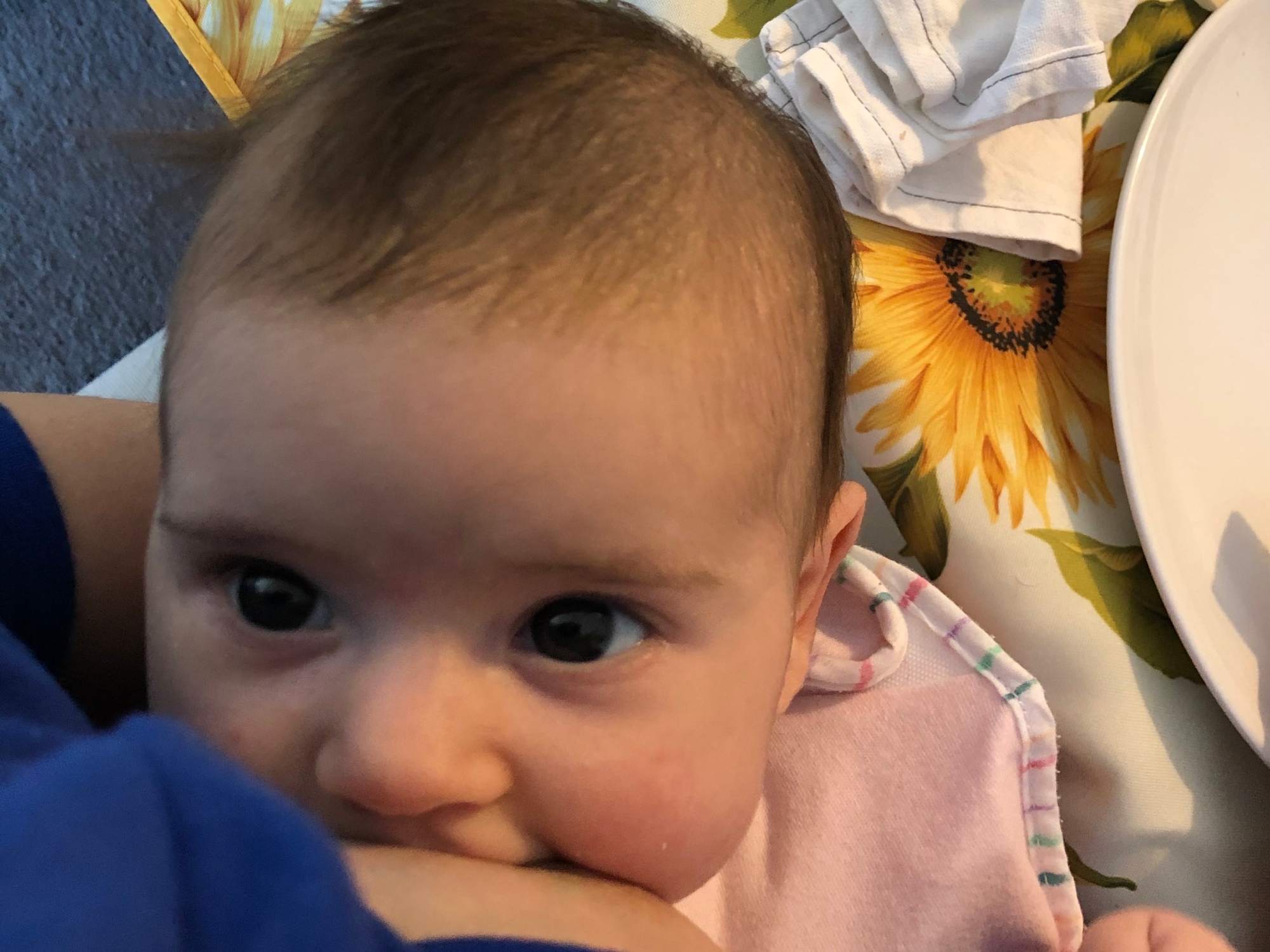 Our little Elf is two months old! She spent her first Christmas surrounded by our families – we had such a great time with her, even though she couldn’t care less about the festivities!

So many discoveries in 30 days!

Thirty days are so meaningful for a newborn: Lavinia has grown a lot over the last months, and she’s discovered many new things.
For example, she started vocalising, and also smiling to people who aren’t her parents. She realised that the animals hanging on the cot mobile rotate! She’s particularly attracted by shadows, the black spinning bike standing out from the white wall, and from the TV as well.

We found out she loves playing “batti manine” (the Italian version of “Clap clap your little hands”), bathing and moisturising time, and when her father plays the bass. She also likes staying in the napping station – I place her there when she’s cranky and I have no clue why 🙂

We then realised she hates certain specific things already, such as the noise of the trash can lid closing, all the bibs, having hiccups (of course!), and tummy time on the mat – she definitely prefers climbing mummy or daddy’s torso in very koala style instead!

Vinnie’s first Christmas with our families

My parents and Franz’s, along with my sister and her boyfriend Michele, flew all the way from Italy here in Reading to celebrate Christmas and New Year’s Eve with Lavinia.

This family time is pleasant but also challenging, as Lavinia is now building and consolidating some routines which sometimes clash with the festivities shenanigans.
I make sure she doesn’t suffer too much the family’s “love pressure”, and I also do my best to keep her routines as closer as possible to her pre-Christmas daily life.
On the other hand, Lavinia is an absolute star, dealing with the crowd and the confusion brilliantly, being no fussy at all, and smiling to everyone every time she’s got engaged.

Lavinia still wakes two or three times per night to get fed. She’s gradually stretching the time in between feedings, so probably by the time she’ll be 18 I will be able to sleep again 6 hours in a row.

2 thoughts on “Two months of Frosty/Lavinia”

This site uses Akismet to reduce spam. Learn how your comment data is processed.